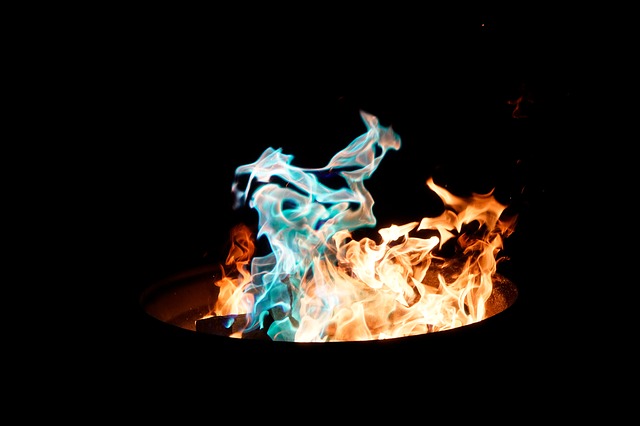 Remember, remember the fifth of November,
Gunpowder treason and plot.
We see no reason
Why gunpowder treason
Should ever be forgot!
Guy Fawkes, guy, t’was his intent
To blow up king and parliament.
Three score barrels were laid below
To prove old England’s overthrow.

And what shall we do with him?
Burn him!

Bonfires have burned on 5th November, ever since 1605, to mark the failed “Gunpowder Plot” led by Guy Fawkes and Robert Catesby; this couple aimed to assassinate the Protestant King James and replace him with his daughter Princess Elizabeth.

Queen Elizabeth the 1st passed laws when she took the throne of England, that prevented Catholics from practising their religion and forcing them underground.

Queen Elizabeth 1st passed laws, when she took the throne, to prevent Catholics from practising their religion; forcing the Catholics to practise underground. Later Guy Fawkes and his friends had hoped that King James 1st would change the laws back, but he didn’t.

Catholics had to practise their religion in secret, and there were even fines for people who didn’t attend the Protestant church on Sunday or on holy days. James 1st passed more laws against the Catholics when he became king.

Fawkes and Catesby planned to blow up the Houses of Parliament, and with it the King. The plot was simple; the next time Parliament was opened by King James l, they would blow up everyone there with gunpowder.

The conspirators bought a house next door to the parliament building and filled it with gunpowder. Guy Fawkes was given the job to keep watch over the barrels of gunpowder and to light the fuse, but on the morning of 5th November, soldiers discovered Fawkes hidden in the cellar and arrested him; the trail of gunpowder at his feet would never be lit.

The tradition of Guy-Fawkes related bonfire began the same year as the failed plot. At the time, Londoners knew little more than that their King had been saved, and they lit bonfires to celebrate. As the years passed, however, the ritual became more elaborate.

Fireworks were added to the celebrations, as were home-made ‘Guys’ representing Guy Fawkes which are laid on to the bonfire and burned.

Bonfire Night, not only celebrated in Great Britain, has been traditionally celebrated across the oceans; as it had been established in the British colonies. For example, it had been actively observed in New England, a northeastern region of the United States (comprising the states of Maine, Vermont, New Hampshire, Massachusetts, Connecticut and Rhode Island), as “Pope Day” as late as the 18th century.

Today, November 5th bonfires still light up in far-out places like and Newfoundland in Canada and New Zealand.

Masterflex have hoses and ducting to suit all kinds of applications, from Electrically Conductive materials for use in highly explosive environments to High-Temperature Ductings that can handle fumes vapours and air up to +1100°C!