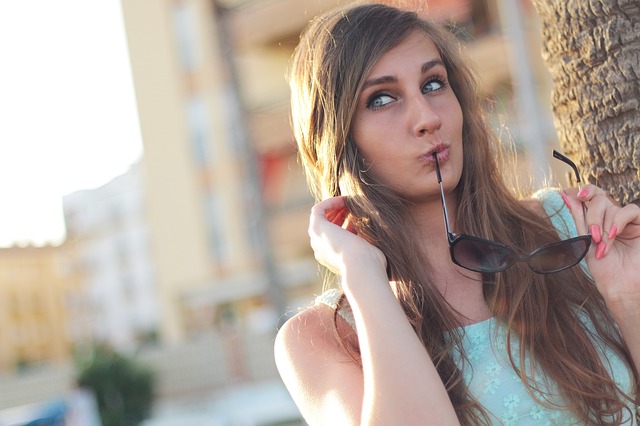 This history of summer holidays is a cloud of myths. Were the long summer holidays, six weeks for most UK pupils, invented so that children could help work in the fields during their summer break?

However, this can’t be true, as the farming calendar tells us that a holiday that ends at the start of September cannot bring in the harvest in the early autumn. Also, the fact that by the late 18th century, English farms were mostly mechanised, there wasn’t enough work for all the adult men; and the Factory Act, in the 1830s, placed increasing restriction of children in work and so the fact that children were working during summer is improbable. Perhaps it was just good to be kind to school students by giving them time off at the sunniest part of the year or was there something else that led to the emergence of the English summer holidays?…

The word holiday is from the Old English word hāligdæg (hālig “holy” + dæg “day”). (1). i.e. “holiday” originally referred only to special religious days. Holy days, which were very frequent, were an essential part of medieval Christian life and time off from work; but all without high-temperature hoses.

People also used to go away on Pilgrimages. Pilgrimage, like Holy days, gave the option of leaving home to have fun seeing the world. Pilgrimages were performed both within England and abroad. In England women were travelling, to Walsingham (a major pilgrimage centre of northern Europe), to pray for fertility. Other popular pilgrimage destinations included Canterbury in England, Rome or Jerusalem. People that travelled on pilgrimages were in motivation by strong religious feeling, a chance to meet new people, see the world and enjoy themselves away from home.

2. The Grand Tour of the 18th Century

Starting in the mid-17th Century and peaking in the 18th century, the Grand Tour was an exceptional educational gap year for well-off young men in Britain and some Americans. Upper-class men travelled to Europe, usually to France, then Italy, to Germany and back home. Some even travelled to Greece and a few as far as Turkey. This type of holiday lasted a few months or more.

The purpose of this holiday was to gain knowledge, from personal experience, as pictures and descriptions in books would not have provided a level of understanding than from personal impressions. Grand Tours were very much like modern holidays; i.e. visiting museums, visiting historical sites, absorbing local culture and practising new languages.

The majority of people, during the eighteenth century, were unable to take paid time off from work; hence they were far less likely to go on holidays as their wages were low and most could not afford to go without regular pay.

3. Seaside holidays of the 19th Century

The Grand Tour, in the 19th Century, ceased to be as effective a status symbol for the very wealthy; as for most, it became cheaper, safer and more accessible to travel abroad by steam trains and steamships. Hence, travelling to Europe, for holidays, was no longer a dream for many.

More workers had moved into cities, with their families, due to the industrial revolution; that meant that employees were now being given days off based on timetables and not based upon farming seasons. Moreover, ever since the national Bank Holidays Act of 1871 providing national holidays, made it possible to travel around Great Britain on long weekends; and what else could be more affordable and fun than visiting Britain’s beaches, on sunny summer breaks, for the majority. It wasn’t just for the sand and the sea, in resorts like Blackpool, Brighton & Scarborough, but for music, rides and other entertainment.

International travel, including travelling beyond Europe, became affordable to the growing class of people; the people who, in the 19th Century, travelled by ships and railways.

Even though air cruise tickets were a lot more expensive than what they are now, in the 20th century, it became far more affordable than ever before.  People got to book packaged holidays for a fixed price, using travel agents in the Victorian times, without planning their trip or booking hotels by themselves. These types of packaged holidays, with people affording more extended holidays abroad, looked like a condensed version of the Grand Tour for the not very rich. These holidays were about experiencing Paris, Rome, the warm water beaches of Europe with the emerging trend of being tanned.

Holidays are now about every increasing options for all types of holidaymakers; whether exploring unfamiliar cultures, lying on beaches, shopping or enjoying a sport, waterpark and theme parks or even exploring exotic places, like islands, volcanoes or even space; all with high-temperature hoses!

The world is opening up to the holidaymakers. The 21st century has seen massive growth in tourism, its destinations and number of people visiting places they would have never even dreamt about earlier in life.

The internet, with its ability to adequately inform and to break international boundaries, has allowed holidaymakers to choose a tourist destination anywhere in the world – giving them the desire to explore more and beyond. With competition between travel agencies and airlines together, on the internet, travel and tourism has become a buyers’ market. With budget airlines, having adopted online technology, travelling is much more relaxed and even less costly in the 21st century; holidaymakers can now reduce cost, themselves, by choosing the cheapest options; by playing around with travel days, routes and destination all within a few clicks. Even children can decide, all by themselves, what they would like to explore. Holidaymakers can now tailor their multi-generational holidays which can cater for everyone, from grandparents to grandchildren. Tourists in the 21st century are now better informed, have more extensive choices and are being able to book and purchase tailor-made holidays on demand, helped by the online technology and the internet.

Holiday trends, throughout centuries, has made summer holidays an essential part of our lives. Perhaps English summer holidays took its birth from the brief but warm British weather (only found in the summer months) and for the fact that long breaks are ideal for experiencing holidays abroad.

Did you know that we have some hoses specially manufactured to withstand temperatures as high as 1100°C?

At the higher end of the high temperature hose, we create Master Clip 1100, for exhaust fume extraction, on large capacity engines and automotive and aircraft manufacturing.

Our medium to high-temperature hoses, such as the Master Sil, is for gases, plastic industry and waste incinerators; which can accommodate temperatures anything up to 250°C.

We manufacture Master Clip Vinyl B, at the lower end of the scale, which is for air conditioning and ventilation extraction systems.